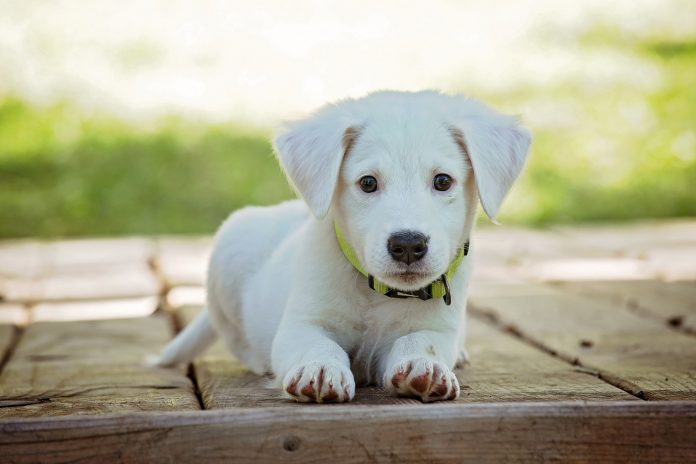 “He bites my hands when I want to play or cuddle with him! It bites my nose when I carry it in my arms! It bites my calves when I walk through the apartment! ”

What new puppy owners can almost drive to despair is, first of all, normal puppy behavior: Puppies explore the world with their mouths because they have no hands and with her teeth.

They also like to play and this includes brawling.

You have to learn that the other person doesn’t always find it funny and that they hurt us humans when they’re too wild. 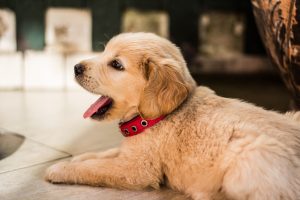 Often it is enough to squeak or shout “Aua!” And briefly interrupt the game: The puppy notices “if I play too much, the other one is tired”. But as with human children, in the heat of the game it can happen that the message doesn’t get through. That people continue to rage because it is so fun.

If I now push my puppy away, as is unfortunately often recommended, it may well happen that he thinks it is an invitation to a funny game and really accelerates. If I push harder, I get used to rough brawls. I can only achieve an effect if I immediately push so hard that my puppy is very scared and stunned. But do we really want to treat a dog child like this?
The same applies to spray bottles, water pistols, discs, jelly cans and what they are all called: they scare the dog and intimidate him. He may no longer dare to bite us, but it has not taught him how to play with us.

Please do not let them tell you that you will lose your status as pack leader if you “give up” the fight against a puppy instead of fighting back! Your puppy doesn’t want to fight with you! If a three-year-old steps in your shin, don’t think (hopefully!) That he wants to fight with you.

Aside from the theories about packs and pack leaders (which are long outdated, but explaining that would go a little far at this point), it is often argued that dogs would do the same with each other. But if you observe how a confident adult dog treats a puppy, it is one thing above all: very, very patient. And if the young one has bitten his lips and ears long enough … he gets up, lifts his head out of reach and leaves.

Of course, it happens that a completely annoyed dog mom sometimes regulates a puppy. Or that the siblings simply bite back.

However, we do not have to deal with our dogs like this: we are human and have other options.

But the most obvious of these possibilities, our ability to speak, only seems to help us at this point:

If my puppy goes crazy and I then say strictly “Out!” Or “No!”, My dog ​​recognizes the unfriendly one Sound and may react intimidated. If I lean over and look at him (he is small), I also appear threatening and intimidate him even more. The word itself means nothing to him. He may stop the unwanted behavior for the moment – but he doesn’t learn how to play with us.

Too wild a game can usually be redirected to a cuddly toy, into which the puppy can bite to his heart’s content. If these are not attractive enough at such a moment, a delicious piece of beef jerky may help (it can be big enough so that he cannot accidentally swallow it) or a filled Kong. Instead of your own calf or trouser leg, a handful of chunks of feed can be released for hunting, which are rolled over the floor.

However, it is important that the behavior is redirected BEFORE he bites!

Otherwise, praise and reward any behavior that you like! Tell him what he’s doing right!

A puppy playpen and / or a house leash serve as emergency measures.
As soon as you notice that your puppy will “turn up” again and start to bite, take him calmly and friendly and put him in the playpen: This way you can keep him at a distance without “handicaps”. A house line, a piece of soft cord that you attach to your dishes works in a similar way: you can simply use it to keep it away from you. Of course, you can just close a door in front of the little bite. However, social isolation is a severe punishment for dogs. And actually you wish so, he also learns eventually relaxed to stay alone. For this, “being locked out” is not a good start.

He is still with you in the playpen or on the house line and you can praise him as soon as he calms down.

It is even nicer, of course, if you manage to finish games calmly before he bites.
For this purpose, a signal iSv “this is now over, now is pause” is helpful: Every time you end a common activity (be it playing, cuddling, or a small training session), you speak the signal (for example, “pause”, “End” etc.) and do nothing for a moment. First use the “end” signal only in situations in which your puppy is (still) calm and notices it. Then later you can use it even when he’s excited.

In the unlikely event that your puppy gets stuck, please keep quiet first of all. Dogs tend to follow up if you pull something away from them. And if they have already got it, it becomes a tug-of-war – this can be done with dummies and gnomes, but also with trouser legs and toes …

Carefully slide your fingertips (eg thumb and middle finger of one hand) from both sides into the corners of the mouth. The line automatically opens.
Small dogs can then be picked up by reaching under the rib cage with one hand from behind. The index and middle fingers are pushed between the front legs, the other fingers behind the front legs surround the chest. With the other hand you stabilize the bottom. Keep your head away from yourself.

With larger dogs, you push your hand between the forelegs so that the chest lies on the forearm. Thumbs and fingers each encompass one side of the chest from the front.
So you can hold your puppy for a moment until it has calmed down, or you can put it in its playpen without it biting any further.

Do it calmly and lovingly! Even if he should have hurt you, even if you may be frustrated and angry, it’s not about “showing him now”. They just help him calm down.

If the tips mentioned do not work and your puppy (or young dog) continues to “turn up” quickly and react vehemently, it is worth taking a look at the daily routine:
Many puppies and young dogs are completely overwhelmed with the best of intentions (too many and too long walks , too much action, too little rest) and then react like children who go overboard when they have missed the time to go to bed.

Puppies should rest for 20 to 22 hours a day. So sleep, doze, lie around relaxed. Walks  should not take longer than 5 minutes at a time. Game phases (for example in the garden), in which the dog can take breaks himself, may take longer if he actually takes the breaks. But then they replace at least one walk. Everything that is exciting (and if they are just getting to know the world, this applies to pretty much everything) should be followed by a long break.

Just lie down: cuddling and taking a nap is good for us too!