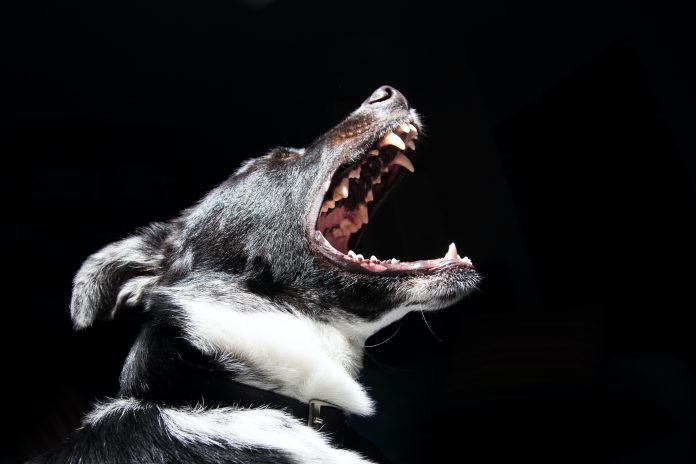 No behavior can be as annoying and bring the dog owner to the brink of a nervous breakdown as the barking behavior of domestic dogs. Why do dogs bark at all and what can you do? Here are a few tips:

Hysterical yapping at every sound in the stairwell or barking at the fence. It annoys the neighborhood and puts massive pressure on the dog owner. Why do dogs do this? And what can be done about it?

Why do dogs bark?

While only puppies and very young animals bark at the close relative, the wolf, many adult domestic dogs enthusiastically comment on every sound in their surroundings and often bring the dog owners to despair.

Some dog breeds were even bred specifically for this, because this behavior was used. Certain hunting dog breeds indicate the location of the game through their so-called “ringing” (eg beagle) and Spitz and Hovawart act as bell dogs to inform that someone is approaching the house and yard, to name just a few examples.

People seem to be particularly gifted at understanding barking and its meaning. And you don’t even have to be an experienced dog owner to do this.

In a 2005 study, a research team led by A. Miklósi and Peter Pongràz played various bell forms. All human listeners were able to correctly decode the bell sounds and assign them to the different context categories given by the experimenter. People also correctly judged the emotional context of barking (Pongràz, 2005)

This study explains the astonishing fact that dogs that live with people obviously bark a lot more than dogs that travel independently without the social partner.

Barking seems to change the dog owner’s behavior. It is therefore understandable that dogs often continue to bark stubbornly until the “desired reaction” has been achieved.

“Why is he barking now?” I am often asked by dog ​​owners.

It is worthwhile to approach the dog sounds a little “scientifically”.

Barking is not the same barking. If you take the trouble and listen to this acoustic phenomenon in peace, you can quickly hear very different bell shapes.

There are many different reasons why a dog barks and it sounds different each time.

The most common are:

For each of these situations, the motivation to bark is different and it sounds different.

In order to prevent or stop barking, you will have to deal with it differently in training. 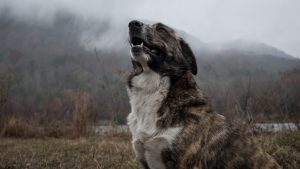 Management is the first choice to avoid barking. Barking can be very rewarding and the respective amplifiers that keep the dog’s barking behavior stable can be controlled poorly or not at all.

So not barking at all is the method of choice. This works best with good management. 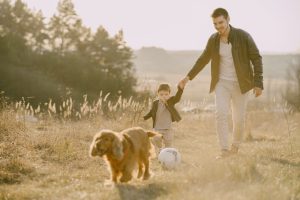 Counter conditioning : a very quick and effective way to defuse many situations in everyday life. The previous trigger stimulus is linked to feed, which gives it a new meaning.

Eating makes you happy, not just most people. Food is a basic need, all dogs have to eat. At the same time, foraging can calm the dog. When sniffing, the dog lowers its head, which relaxes the neck muscles and the whole dog.

We have an apartment in our house. This keeps strangers walking through our stairwell, which our dogs like to comment on loudly.

I am annoyed by the hysterical yapping and I also find it uncomfortable with the tenants.

Now I have started to give every dog ​​a cookie with every little noise. I give the trigger stimuli a new meaning.

The sound that has so far barked to inform the group that unknown persons are moving in the stairwell, the sound now has the meaning: “Run fast and pick up your cookie”.

This has changed a lot in the dog group. Recently my dogs have shown me that someone is walking through the house by looking at me and sitting down in front of me. Which, of course, I am delighted to reward.

All behaviors related to fear and insecurity will improve if you train on the triggers .

Click for a look is an effective method here.

We don’t want to suppress joyful excitement. But we can alternately practice excitement, rest and relaxation.

Abort signal, the diversion for the dog

Abort signals have a bad past ☹ In the past, training was primarily about punishment. It was physically regulated, threatened and worse. Fortunately, the times are over.

Today you can train termination signal positively. Signals are built up that reliably end the behavior just shown and initiate behavior that is incompatible with the undesired behavior. A dog looking for food in the kitchen cannot bark at the fence at the same time. And the problem is solved. The detour for the dog. This will get the dog out of the situation and barking will no longer be practiced as a strategy.

A few years ago I moved into a house where the garden was right next to a bus stop. In the afternoon, when people came from work and went home from the bus stop, they had to pass our garden.

My three dogs back then thought it was a cool game. Barking, they followed the fence along the entire length of the garden, barking loudly, and immediately positioned themselves to receive the next busload. So it went from 4 to 6 p.m. every 15 minutes.

At that time I didn’t have much experience with positive training and was at a loss. An experienced trainer gave me the advice to set up a signal that I could use as a termination signal. The result was really amazing. After practicing “bingo” for 2 days, I carefully “used” it on the third day in the afternoon when the screaming started on the fence.

Incredible! Once called “bingo” and the whole furry team stood expectantly in the kitchen with shiny eyes.

I was overjoyed to end every bark on the fence. A few days later my three beauties surprised me again. After two “woof” on the fence, all dogs turned around, marched into the house and sat in front of me with meaningful looks. “You forgot” bingo “,” they seemed to want to tell me.

Sure, I was a good mistress and immediately delivered a handful of cookies.

“But isn’t that a reward for barking?”

This question is asked regularly. No, you don’t. Only if the dog barks specifically to get food, would you increase the barking with food.

Which brings us back to the motivation for behavior. The dog owner has to think a little bit about why the dog is barking now.

Try to avoid any situation in advance, in which your dog can bark uncontrollably.

Otherwise he will keep practicing (self-rewarding)

Bingo – the diversion for the dog

ABOUT US
Being a dog parent is one of the most rewarding things that life has to offer. The endless joy of a dog in our life brings is really an inexplicable case. We have lots of articles on Dog Training, Dog Tips, and Dog Collars. We are sure you will find them useful and also share them. Lets have some fun with articles and videos on cute dogs!!
© Copyright 2020 - DogFiestaOnline.com
MORE STORIES