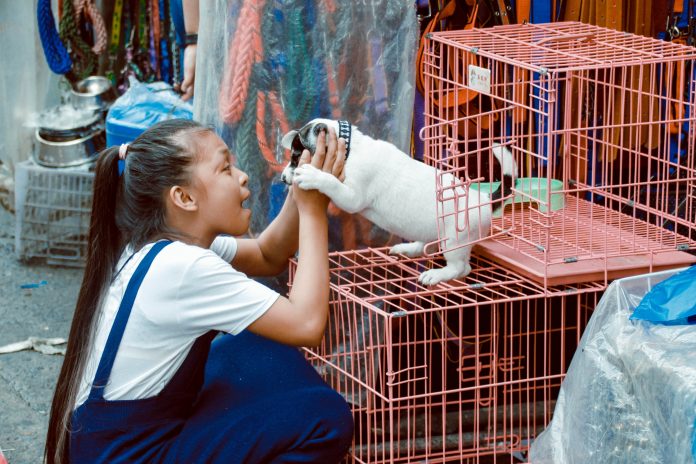 According to current figures, around 5 million dogs live in our country. Around a quarter of these dogs live in a household with at least one child under the age of 14. Children are bitten by dogs twice as often as adults. Most biting incidents happen at home with your own or a familiar dog during an everyday situation. Why is that, one wonders. Isn’t your dog really well used to the children of the family?

Clarify misunderstandings from the start

Some important rules can be trained about living with a child during pregnancy. Now parents have plenty of time to prepare their dog in the best possible way. This includes setting up taboo / retreat areas for the baby and also for the dog, getting used to strange noises (baby toys tend to be relatively loud) and strange smells (baby oil or creams).

But the most important thing that the dog has to learn is not to be the center of attention anymore. If you have a dog with whom you have spent a lot of free time (e.g. long walks / training), reduce the time together in small steps so that your dog gets used to the fact that you do not have as much time for him alone after birth of your child. 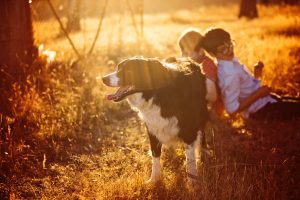 Treat each other with respect

Infancy is actually a very critical time when living with a child and dog. The most important behavior rule for the toddler is: never push a dog! Parents should always ensure that the dog is at rest in its berth or when eating. The berth or location of the dog’s bowls is a strict taboo zone for the child.

There are also taboo zones for the dog. The crawling blanket or the child’s bed should only belong to the child in order to avoid conflicts from the start. The dog should also leave the child’s toy alone.

Parents should be smart and proactive because they are the ones who know both the child and the dog best. The temperament and the character of both are decisive, which measures should be taken and how far they have to be expanded.

The older children get, the easier it is to deal with the dog. School-age children can understand very well what their dog’s needs are and for the most part are behaving quite responsibly. Parent mindfulness – especially among primary school children – is still a high priority.

If children and dogs can live together in one household, this enriches the life of the entire family, provided that clear rules apply and that these are also observed. Parents should learn to read their dog, then emerging conflicts between dog and child can be recognized and defused at an early stage. In this way, parents create a solid basis for a friendship for life between child and dog. The best friendships are based on respect.