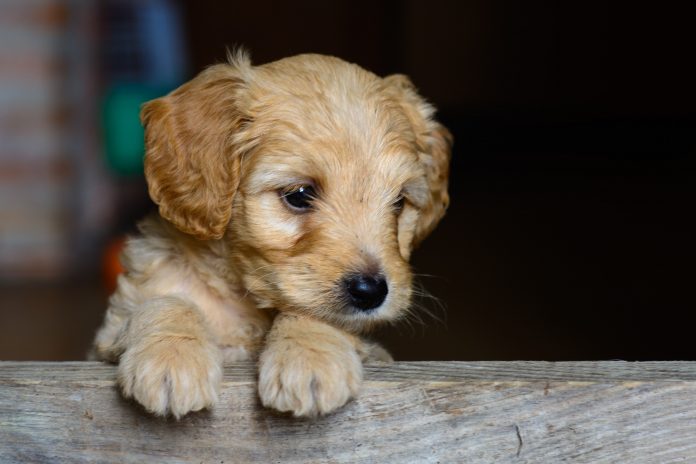 Jahaaa, a popular offer of many dog ​​schools: puppy play groups.
Cute, isn’t it? Your heart will open. There are often more than ten different sized balls of fur running through the area, rolling around, romping, whizzing, playing, growling, barking and learning from scratch how proper social contacts with other dogs work. Great! Or?

Oh yes, I forgot, then there is sometimes a totally social adult dog that takes care of the young children a bit for breeding and order and makes sure that everything is well behaved.
And the people (and the trainer) stand next to them, shouting ecstatic Aaahs and Ohhhhs.

If a puppy comes to him, the coffee-drinking trainer suddenly speaks up and often advises that you should not make a mistake and send the puppy back immediately, ignore it and never pick it up, otherwise the dog never learned to deal with other dogs .

Since people are observing properly, they naturally notice certain things. That one or the other Pupsi is pretty dominant . Or early . Or submissive .
Not infrequently one notices that the people of the aspirants for the ” pack tour ” swell a little bit the chest and that those with the reserved, anxious dogs look a little disappointed from the wash.

After an hour of free-running, the little putzis are so ready that they don’t say a peep for the rest of the day. However, some people are now freaking out and do not see why they should be put on a leash and the fun should be over, others then romp around the table and benches again at home and still somehow do not seem to have their necks after hours to get full enough. 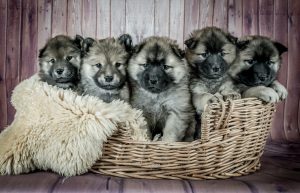 MY URGENT TIP:
If it actually goes like this, take your dog and legs in your hand.
Why? Because something is totally counterproductive!

There are certainly also well-run puppy play groups, in which it is actually not a matter of pulling the moneyout of people’s pockets with very little effort, but rather of teaching the dogs to be “nice” with one another. Such groups certainly do not have more than three or a maximum of four puppies, are at best mixed-age groups and are led by a competent trainer who trains people in the body language of the dogs, among other things.
Because what the layperson interprets and what he thinks is very often no longer a game.

One hour of free running is a no go!
Good game often only lasts a few minutes. Playing is very tiring and the line between play and seriousness is very narrow! A game can tip over quickly and a coach should recognize this before it happens and interrupt the game on the spot. Playing has to be learned, that is not innate. Therefore, pure puppy play groups make little sense. Mixed age groups would be much more instructive for the youngsters. Because what should a puppy learn from another puppy, both of them can’t do anything yet?

Lots of breaks and relaxation

This already sets the course for whether a dog later regularly breaks out when he sees other dogs or whether he can stand it well to see a dog without having to go straight there.

The trainer should be able to recognize bullying AND above all prevent it! Because both the bullied puppy will learn a lot as well as the bullying – and not a good thing. The bullied person will become more fearful or learn to defend himself aggressively, the bullying person will learn to succeed with his unsocial nature and will solidify his behavior.

However, it is extremely important at this time that the little ones have as many good experiences as possible. A high number of social contacts is not necessary at all. Here too, as is so often the case, quality instead of quantity! Better two or three good contacts than just one bad one. This bad contact can traumatize the puppy so much that it will develop undesirable behaviors in order to keep other dogs off the neck later.

Bad experiences come early enough that can hardly be avoided. But if he has already collected many good ones, there is a good chance that he will get along with one bad one.

The puppies should never be allowed to “play” in the play group until they overturn. If a dog really ticks off afterwards, then you can be pretty sure that the workload was far too much and the little one cannot come down on its own. This is often misinterpreted as “It can’t be broken”. Not correct! Less is often more.

And very often, the high level of excitement of the dogs is due to the fact that they overturn, do not come down, are fidgety, bark or that they ride up and start rushing and bullying others. This has nothing to do with dominance and early development.

If a game is not balanced, it is definitely NOT a game anymore. The coach’s job is to ensure that a game remains a game. And he should make people’s eyes aware of it so that they know when to intervene in everyday encounters and when not. 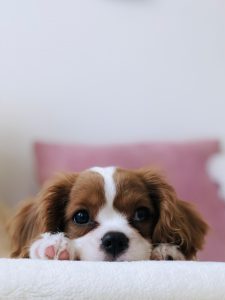 If a puppy seeks protection from its human, it should definitely be granted it! Then he would like to come back into the game – great. Would he rather watch from a distance – also great! Because even if you watch, you learn a lot – and stay calm and watch. A quality that will suit you very well later!

Humans should not be tempted to divide dogs spiritually into winners and losers. After all, this is not a competition! There are brave dogs and fearful ones. There are agile and less agile dogs. There are those who like to frolic in the middle of the fray and those who prefer to watch the edges. There are game-crazy people and those who think that games are overrated.

Each dog is individually and with its own preferences – just like humans, by the way. You shouldn’t force a puppy to do anything, and especially not when he’s scared.

You should really only have one goal in mind:
The encounters should be friendly and balanced. The puppy should learn what it means to politely approach another dog and to play with it in such a way that the other perceives this as a game.

No puppy can learn on its own! Sayings such as ” They take care of it themselves ” speak clearly against the qualifications of the trainer and should be acknowledged with immediate termination of the course.

Because of course the dogs take care of it themselves is always at the expense of the weaker – with unforeseen long-term consequences.