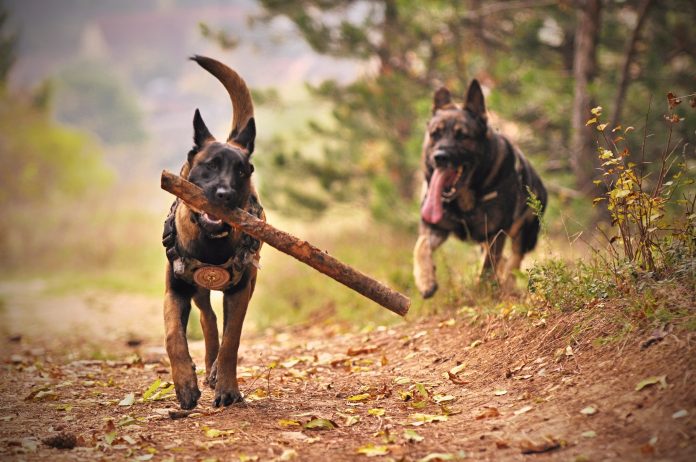 Living together with our four-legged “youngsters” can be very entertaining, but also extremely exhausting for humans and dogs.

The transition from puppy time to juvenile phase is a fluid development. When the tooth change is complete, one no longer speaks of the puppy, but of the young dog.
The dog has now grown out of its puppy shoes, has said goodbye to its milk teeth and the hormones are starting to do their job more intensely and herald the next step in its development.

At Levin we could even smell the young dog. The pleasant smell of the puppy evaporated slowly and for a while his fur smelled very neutral. As overnight, however, from now on we noticed that the little man suddenly smells of “dog”.

But it is not only the sex hormones that are now working hard, the brain is being opened to a large construction site. But more on that later.

Juveniles reach sexual maturity during puberty. This occurs very early in most domesticated animals (and also in humans), but this does not mean that the individual has grown up automatically, that is to say has a certain emotional and mental maturity. 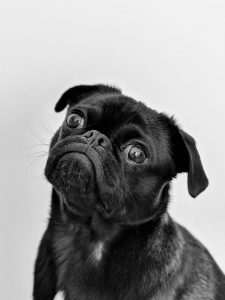 In theory, they could now “produce” offspring. However, being sexually mature does not mean that the dog shows great interest in reproducing. The sex drive often develops more slowly. If, for example, a 2-3 year old male who is to be used for breeding does not have a great urge to mate with a bitch, this is not immediately behavioral. In many cases the male is just not that far in his development.

Bitches experiencing their first heat often give the impression that they do not know what is going on with them or why a male dog is suddenly so interested in them.

Once the dog has reached sexual maturity, puberty is complete and adolescence follows seamlessly. There are different definitions of adolescence and therefore different names of this time window. Puberty, flailing years, maturity, etc.

Words create images in my head, so I find the definition that separates puberty and adolescence very important and appropriate. If we call development until full maturity puberty or flailing years, we easily open a drawer for behavior that could change our view and how we deal with the dog. A flail doesn’t respect us. That attacks our personality. Adolescence is simply the time of detaching from the parents and developing one’s own personality.

Adolescence describes the development “phase” between sexual maturity and adulthood. In dogs, this phase of life affects approximately the time window from the 5th to the 24th month of life.

It can take even longer for dogs of larger breeds. One reads in some breed descriptions of the larger dogs that they are “late developers”. This means that these dogs take more time for their youth development and reach their mental and emotional maturity only after 3-4 years.

The same applies to early neuters. Dogs that are neutered very early are said to remain playful and “childlike” for longer. This is based on slower brain development during youth development. In early neutered dogs, the time window of adolescence remains open longer.

There is a gender distinction in dogs as well as in bipeds. In dogs, too, the males develop somewhat more slowly than the bitches. Brain growth in male mammals is not complete until later.

During training, the question always arises: “Is my dog ​​already in puberty?” or “Has he grown up already? How can I tell that my dog ​​is now in puberty?” For example, the males are said to be so as soon as they start lifting their legs and showing marking behavior.

So far so good, Levin lifted his leg very securely when he was 9 weeks old and scared us first ;-). At the time I thought to myself: “Oh dear, what else can we expect if he shows this behavior now? How much testosterone does he already have in him? Is he going to be a little premature, daring mess?”

He’s a little lovable mess, but none of what I imagined regarding the very early leg lift occurred. Like so much, you can’t just generalize. And each individual shows a different development. By the way – Levin did not show any marking behavior, even though he raised his leg.

The transitions from puppy age to puberty and the subsequent adolescence are gradual processes. One cannot say exactly where one window of youth development closes and the other opens. But you can feel the changes in your dog.

How do I know that my dog’s adolescent development is progressing?

I would like to show you a few behaviors using Levin. Levin lets us participate in his youth development very much …!
We could and can observe the following: 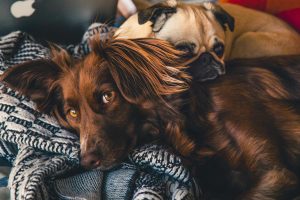 I often hear as a trainer: “My dog ​​is terribly pubescent!”,
“He is disobedient and tests his limits daily.”, “My dog ​​is rebellious, dominant and questions the ranking …”.

What is it about these statements?

Will sugar-sweet puppies suddenly become monsters who want to take over the world and behave just to annoy us? NO!

These are completely normal reactions to a physiological process, which unfortunately are all too often associated with human emotions and interpreted. No dog shows behaviors to annoy us – in this situation he simply cannot do anything else. There can be very different factors involved that “cannot” affect this – and this is not only the case with dogs that are in adolescence.

For example, the stimulus from the environment is too strong, health problems can play a role, the dog is afraid, may be under the influence of stressors that we are not even aware of in the situation, or the fur nose simply did not yet have the possibility of desired behavior to learn this situation.

But what happens in this time of youth development?

There are a lot of “alterations” and related changes taking place in the brain.

These are the reasons why the dog becomes more difficult for us to assess and control, because it reacts more emotionally, has a more concentrated and irritated effect on its caregivers. His emotional excitability is easier to trigger and he shows changes in behavior on stimuli known to him. Separation stress can suddenly become a challenge for a family, although it was thought that the young dog had already learned to stay alone well. 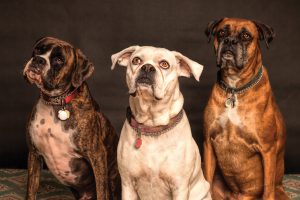 The play behavior of the young dog changes, which can mean that he becomes more researched or even more choosy in the selection of his friends. Competitive behavior occurs whether in connection with sexual behavior or other resources.

The dog begins to chew off and curiosity and exploration behavior increases. Hunting behavior can also appear. The risk behavior of the young savages is more pronounced and they are more difficult to assess dangers. The young dog is more susceptible to stress and therefore his reactions to stressors are more intense! We should not forget that the four-legged friend’s brain decides what stressors are for him – and not us.

This behavior during youth development has nothing to do with dominance or ranking! The dogs cannot do anything else in places and are “victims” of their own development.
This is not to mean that we lean back and rest on the motto: “It is a development phase and the” problems “grow together when the dog is older.” If everything goes well, we humans tend to go one step further and continue to raise our own standards.

The huge advances in learning during the puppy period (steep increase in the learning curve) spoil us and we are horrified when the training suddenly stagnates or there are even setbacks! I think sentences like “He never did that!” fall particularly often in adolescence. Due to the misjudgment “The dog does this on purpose”, or “He clearly refuses to cooperate”, it is often advised to treat the dog more strictly and hard. However, this almost always turns out to be a shot to the rear. On the one hand we do the young fur noses wrong and on the other hand this has serious consequences because:

What does this mean in everyday life with the young dog?

Therefore, focus the dog’s self-control on situations in which the triggers result in an increased level of arousal. This does not necessarily include waiting in front of the food bowl or “walking” for minutes, but rather encounters with fellow species and / or various everyday situations. Here, important aids are “pointing & naming” and training relaxation signals. 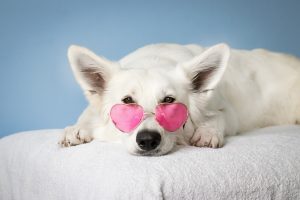 Finally, something personal from our junior. Levin is still our class clown and our endearing terror crumble! We have really good days and also less good days. The knowledge of this biologically necessary process makes it a lot easier for us to deal with and deal with it every day! No, Levin has no foolishness and we certainly don’t put adolescence as an excuse.

Learning theoretical background knowledge is necessary to understand the youngster because its physical and mental development ticks differently than we imagine in our wish.